Joaquín Blake, a man of Irish descent, was born in Málaga on the 19th August 1759 and died in Valladolid on the 27th April 1827. Blake joined the military América Infantry Regime as a cadet in 1774 at the young age of 15 and climbed the ranks until 1802, soon after the beginning of the Peninsular War, when he became a General.

During the Spanish war for independence against Napoleon’s troops, Blake took part in numerous battles, one of which took place at our location.

This battle took place at the beginning of the Peninsular War on the 14th July 1808, just outside the small town of Medina de Rioseco (near Valladolid). That meant the French occupation of Castile and Leon. It concluded with the defeat of the Spanish forces, commanded jointly by Generals García de la Cuesta and Joaquín Blake himself against Napoleon’s troops at the ridge of Valdecuevas. It is on this same site where we can today find the olive grove and olive mill of Pago de Valdecuevas.

With this uniquely blended extra virgin olive oil coupage we pay tribute to each soldier that fought in this battle. 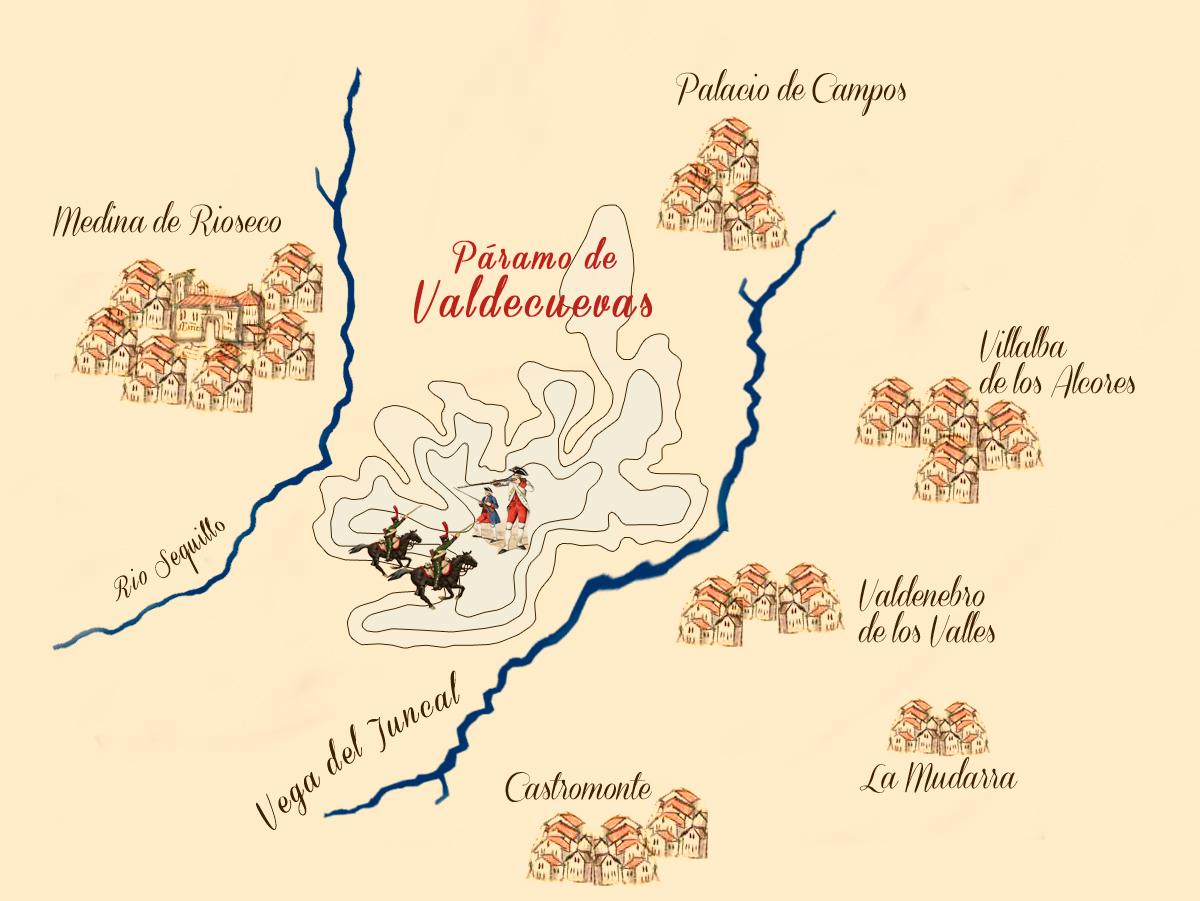